What is CBD oil?

Cannabidiol (CBD) is a totally non-psychoactive compound derived from the cannabis plant, which shares part of the ‘fingerprint’ of our genetics, allowing the body to instantly recognise it – and utilise it accordingly.

In order to extract CBD oil from the cannabis plant, producers need to isolate the CBD from the THC to ensure that the oil will not be psychoactive.

How does cannabidiol/CBD oil work?

The Human body produces some cannabinoids of its own . This is called the endocannabinoid system – or ECS. ECS helps to regulate many fucnctions of the body ( we’re not allowed to list them, so please read upon this topinc in your time).  ECS is also common in animals and has been found in mammals, birds, fish, and reptiles.

CBD acts upon CB1 and CBD2 receptors located throughout the body to produce a variety of potentially positive outcomes. CBD does not bind directly to either of these receptors but instead impacts them indirectly. These indirect actions include activating TRPV1 Receptors that work to control important functions in body (not allowed to list them). CBD can also increase the amount of anandamide in the body. Known as the “bliss molecule,” anandamide plays a role in the neural generation of pleasure and motivation.

By stimulating the endocannabinoid system, CBD promotes homeostasis (the tendency towards a relatively stable equilibrium between interdependent elements, especially as maintained by physiological processes).

CB2 receptors (first discovered in 1993) occur most commonly in the spleen, tonsils, thymus, and immune cells such as mast cells, monocytes, macrophages, B and T cells, and microglia; only a small number exist in the brain.\

Changes in CB2 receptor function is synonymous with virtually every type of human disease; be it cardiovascular, gastrointestinal, neurodegenerative, psychiatric, and autoimmune. It even plays a role in liver and kidney function, bone and skin health, cancer, and even pain-related illnesses.

Activating the CB2 receptor induces macrophages to destroy the beta-amyloid protein which is the main component of the plaque found in the brains of people with Alzheimer’s disease.

I am new to CBD oils. How much do I take?

Start low and slow when you begin to use any CBD products – this will mean you will slowly wake up your endocannabinoid system (ECS) and not overload it. An overload of CBD could confuse cannabinoid receptors in your body. Everyones ECS is different. It might take a few weeks for your ECS to react and for you to feel the benefits of CBD.

Hold the tincture in your mouth for at least 1-5 minutes before swallowing – for maximum absorption. Onset takes about 45 -90 mins.

Whys is it important to hold it under the tongue?

How do I take CBD?

CBD oil can be consumed in many ways: tinctures, oil vaping, capsules, sublingual, topicals. When taking CBD, always follow the instructions on the package of the product you have purchased.

Always consult your doctor/ GP before taking any CBD supplements and adding them permanently to your diet.  Everybody is different and will require a different dose. This is especially true if you are taking certain anti-seizure medications.

Why I need to hold CBD drops under my tongue?

How long does it take for the CBD to start working?

It generally depends on how it is administrated. The fastest way would be to vape it for pretty much instant results., However for longer-lasting effects, sublingual and oral is the best way to go. On setting within 45-90mins.

What are the best ways to take CBD oil?

The four main ways to take CBD oils are as follows;

How to calculate the dose for CBD tincture?

The packaging usually specifies how much CBD is in a single drop. It helps you to decide how many drops you want to use.

Sometimes it’s harder to know how much CBD is in one drop because the packaging specifies the total amount of CBD in the entire bottle, but not the amount that will be in a single drop.

One drop is about 0.05 millilitres (mL). Just a single drop falling out of a dropper

So, if you want to have 20 mg of that type of CBD oil, you should take four drops.

Can you get high from CBD oil?

No! CBD is 100% non-psychoactive, meaning it doesn’t negatively impact your mind or mental processes. In other words, CBD does not get you ‘high,’ stoned, faded, or any other term you care to use. There is no mental fog or haziness caused by CBD – seriously, none whatsoever.

Although most things in today’s world are addictive, like sugar, tobacco, cheese or even work for some, CBD seems to lack in this quality.

What is CBD used for?

NOTE: WE ARENT ALLOWED TO MAKE ANY MEDICAL CLAIMS ABOUT CBD PRODUCTS OR SUGGEST USE FOR IT. YOU, AS THE MEMBER OF THE PUBLIC SHOULD ACCESS TO RESEARCH AVAILABLE ONLINE TO EDUCATE YOURSELF. MAKE SURE THE RESOURCES YOU ARE CHECKING ARE WRITTEN BY MEDICAL BODIES OR MEDICAL AUTHORITIES.

CBD hemp oil has an exceptional composition of fatty acids and linoleic acid to support healthy brain function. This is one of the most beneficial CBD oil effects.

Yes! 100%. The reason we tend to get dry skin is that the sebaceous glands do not produce adequate oil. CBD oil might support relieve of dry skin. It is also 100% natural with no added chemicals to reoccur the dryness and itching.

What are the main effects of CBD?

CBD is a non-psychoactive, therefore it does not cause a ‘high’.

You can not overdose on CBD. If you happen to take to strong one or dosed too much under your tongue/food, most likely you will be sleepy.

As a regular user of CBD oils, can I still drive?

In most cases, driving would not be impaired because the CBD oil has been stripped of its psychoactive cousin – ‘THC’. We would still recommend user discretion and a sensible mind when using higher doses.

Is CBD suitable for children?

There are no studies to suggest that it had a negative effect on children. Again, please seek medical advice before proceeding.

CBD and breastfeeding - is it safe?

CBD supplements, in theory, could be really good for new mums. CBD can support the whole endocannabinoid system ECS and maintain mums health!

Yes, it does! Breast milk contains cannabinoids that are important for growing babies.  Endocannabinoids are crucial in breastfeeding because they encourage baby to eat  – by stimulating the suckling response and tongue muscles. The most abundant cannabinoid found in breast milk is called 2-arachidonoylglycerol, or 2-AG for short.

Can I use other drugs, legal or not, while regularly taking CBD products?

As CBD is not a drug and had been stripped of its psychoactive effects there should be no problems, however, always consult a doctor or GP before adding any supplement to your regular diet.

Can you overdose on CBD?

It has been shown that there is no overdose to high level users of this supplement. You can however become lethargic and suffer drowsiness if your dosage is too high.

Why are hemp derived cannabidiol/CBD oil products so expensive?

Some products are more expensive than others. This is often due to where the hemp used to produce CBD was harvested. CBD oils produced overseas (US) have higher cost due to all the shipping cost and import cost one has to endure.

Are you a Cannabis Trade Association (CTA) Member?

Yes, we are! Being a member of CTA is essential to our business. Membership ensures that our products, practices, recommendations, and advice given if fully compliant with current UK laws and regulations of cannabis. Our suppliers ( where applicable) are also members of CTA. We are listed on the organization’s directory as a compliant business.

The Hemp Trades Association UK Limited t/as The Cannabis Trades Association (CTA) is the only cannabinoid centric trade association for the UK and Europe, working with all sectors of the hemp and cannabis industry to promote good practice, provide practical advice and ensure consumers of legal cannabis and hemp products have access to top quality information.

Can you provide LAB TESTS for all your products?

If you would like to request one, please email us with product details and we will do the rest. We will get back to you in 48h (unless it’s a weekend or Bank Holiday it might take longer).

We are a member of 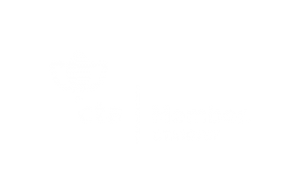 We use cookies to ensure that we give you the best experience on our website. If you continue to use this site we will assume that you are happy with it.OkPrivacy policy